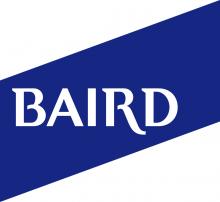 For more than 100 years, Baird has been a strong, stable and trusted financial partner across generations and through many market cycles. Today Baird offers Private Wealth Management, Asset Management, Investment Banking, Capital Markets and Private Equity services with offices in the United States, Europe and Asia. On April 1, 2019, Hilliard Lyons and Hilliard Lyons Trust Company became a part of Baird. Baird’s Lexington Private Wealth Management offices are proud to continue Hilliard’s tradition of sponsoring the Baird Doubledogdare (G3) during the Spring Meet. 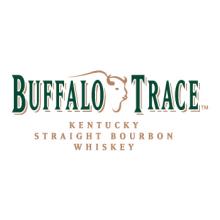 Buffalo Trace Distillery in Frankfort, Kentucky, produces a variety of bourbons and has won numerous awards. With more than 200 years of production in Central Kentucky, Buffalo Trace survived Prohibition to become the world’s most awarded distillery. Buffalo Trace became a Keeneland sponsor in 2003, and in 2004 began sponsoring the Buffalo Trace Franklin County Stakes during the Fall Meet. 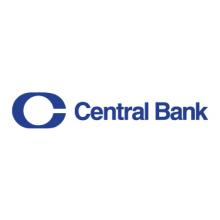 Central Bank, Central Kentucky's largest independent bank, has more than 35 branch locations throughout Central and Northern Kentucky and Jefferson County. In 2010, Central Bank became the sponsor of the Ashland (G1), the historic race for 3-year-old fillies during the Spring Meet. Central Bank began its partnership with Keeneland in 2005. 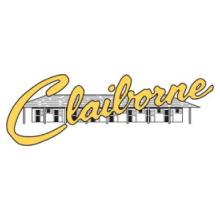 Located in Paris, Kentucky, Claiborne Farm celebrated its 100th anniversary in 2010 and received the 2010 Eclipse Award of Merit for outstanding achievement in the Thoroughbred industry. In 2014, Claiborne became the sponsor of the Fall Meet’s Breeders’ Futurity (G1). The race is part of the Breeders’ Cup Challenge, and the winner qualifies to the Breeders’ Cup Juvenile (G1). 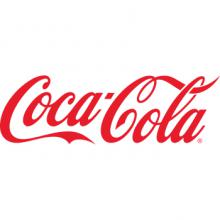 The world’s largest Thoroughbred breeding operation, Coolmore is based in Ireland and has farms in New South Wales, Australia, and Versailles, Kentucky. Its Ashford Stud in Kentucky opened in 1982. Coolmore began its partnership with Keeneland in 1998 and currently sponsors the Jenny Wiley (G1) during the Spring Meet. 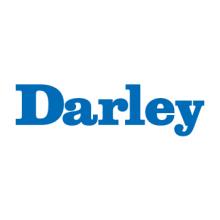 Darley is a global Thoroughbred entity with farms in England, Japan, Australia and Lexington. Darley maintains close ties to Central Kentucky via its involvement in numerous community and industry programs, including the Godolphin Flying Start program developed to encourage careers in the horse racing industry. Darley began sponsoring the Alcibiades, a race for 2-year-old fillies during the Fall Meet, in 2003. The Darley Alcibiades is part of the Breeders’ Cup Challenge, and the winner qualifies to the Breeders’ Cup Juvenile Fillies (G1).

Dixiana Farm, whose rich history dates from 1877, is a premier Thoroughbred breeding and racing operation that covers more than 1,000 acres near Lexington. Dixiana has supported Keeneland racing through several race partnerships since 2009.  Beginning in the fall of 2020 Dixiana is proud to be the presenting sponsor of the Queen Elizabeth II Challenge Cup (G1).

Grey Goose became a corporate sponsor in the fall of 2008. 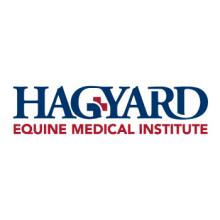 For more than 135 years, Hagyard Equine Medical Institute in Lexington has been dedicated to the health and well-being of the horse. With more than 50 veterinarians and a well-educated, experienced staff of support personnel who contribute a variety of specialties and interests, Hagyard is at the forefront of equine medicine. Hagyard Equine Medical Institute began sponsoring the Fayette (G2), which is run during the Fall Meet, in 2013. 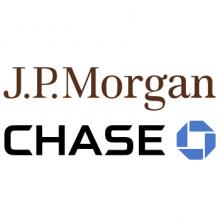 JPMorgan Chase is a leading global financial services firm with operations in more than 50 countries. Chase Bank operates 75 branches in Kentucky, and JPMorgan serves clients through offices in Lexington and Louisville. JPMorgan Chase began sponsoring the Jessamine (G3) for 2-year-old fillies in 2006. The JPMorgan Chase Jessamine is part of the Breeders’ Cup Challenge, and the winner qualifies to the Breeders' Cup Juvenile Fillies Turf (G1).

Juddmonte Farms, which has farms in England, Ireland and Lexington, in 2005 became the title sponsor of the Spinster (G1) at Keeneland. The Juddmonte Spinster, which is run during the Fall Meet, is part of the Breeders' Cup Challenge, and the winner qualifies to the Breeders' Cup Distaff (G1). Juddmonte Farms is involved in numerous Thoroughbred charities, including KENTUCKY EQUINE MANAGEMENT INTERNSHIP program, which works to encourage college students to explore career opportunities in the industry.

Keeneland Select, Keeneland’s official online betting site, enables horseplayers to watch and wager on live racing from tracks around the world. Launched in August 2011, Keeneland Select is dedicated to the player and the sport, returning a portion of its profits to the Thoroughbred industry through increased race purses, support for player initiatives, better player rewards and more. Keeneland Select also sponsors stakes races during the race meets.

Kentucky Eagle Inc. has been serving Central Kentucky for more than 60 years. The family-owned business is committed to reinvesting and growing with the times and is a total beverage distributor with more than 400 brands of domestic, craft and import beers, spirits, wines, ciders, specialty beverages and a variety of other products. Kentucky Eagle Inc. has been a sponsor with Keeneland since 1998. 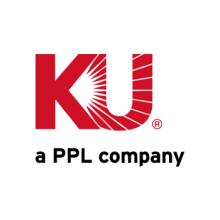 Kentucky Utilities Company, part of the PPL Corporation (NYSE: PPL) family of companies, is a regulated utility that serves 553,000 customers in 77 Kentucky counties and five counties in Virginia that are serviced by Old Dominion Power Company, the name under which KU operates in Virginia. It has consistently ranked among the best companies for customer service in the United States. In 2018, Kentucky Utilities began to sponsor the Transylvania (G3) during the Spring Meet. 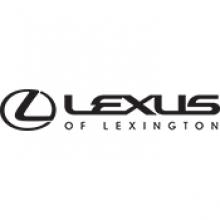 Lexus of Lexington is the only Lexus dealer in Central Kentucky. In 2005, Lexus began sponsoring the Raven Run (G2) during Keeneland's Fall Meet. Lexus of Lexington’s commitment to its customers and community programs exemplifies the Lexus brand.

The Maker's Mark bourbon distillery, nestled in a valley in Loretto, Kentucky, is a National Historic Landmark. The first case of Maker's Mark ever sold was to Keeneland’s catering company to be served at the track in the late 1950s. In 1997, the relationship led to Maker's Mark's sponsorship of the Spring Meet's Grade 1 race now called the Maker's Mark Mile. Maker's Mark and Keeneland annually collaborate on a collector's bottle with proceeds benefiting a local charity. To date, more than $8 million has been donated to local organizations. 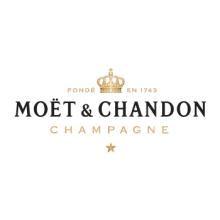 Pin Oak Stud, a successful Thoroughbred breeding and racing operation based in Versailles, Kentucky, has sponsored the Valley View (G3) during Keeneland's Fall Meet since 2007. Pin Oak’s success has been a constant in Thoroughbred racing since its inception in 1953. Highly committed to the community, Pin Oak supports a wide variety of programs throughout Central Kentucky. 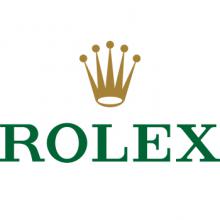 Rolex Watch U.S.A. became a sponsor of Keeneland in the fall of 2004. Four unique Keeneland/Rolex lamppost clocks were installed in the first year of partnership and are Keeneland icons. A bank of Rolex world time-zone clocks is featured in the Keeneland Sales Pavilion.

Rood & Riddle Equine Hospital of Lexington is a full-service hospital for horses that require specialized medical and surgical care. Begun in 1982 as an ambulatory practice, Rood & Riddle established a hospital in 1986 that today is known and respected throughout the world for its innovative and highly skilled treatment. In 2003, Rood & Riddle became the title sponsor of the Dowager (G3) during the Fall Meet.

Shadwell spans the globe with racing and breeding operations in Australia, Dubai, England, France, Ireland, South America and Lexington. Shadwell partnered with Keeneland in 1999 to sponsor the Shadwell Turf Mile (G1), which is run during the Fall Meet and in 2014 became the track's first million-dollar race. The stakes is part of the Breeders' Cup Challenge, and the winner qualifies to the Breeders' Cup Mile (G1). Shadwell has introduced Keeneland fans to a popular European tradition called the "Best Turned Out Award," in which a groom is recognized for his or her hard work prior to each race.

Stoll Keenon Ogden is one of Central Kentucky's oldest and most prestigious law firms, and has been Keeneland's firm of record since its inception more than 80 years ago. This longtime partnership expanded in 2011 to include sponsorship of the Fall Meet's Phoenix (G2), the oldest stakes race in the U.S. The Stoll Keenon Ogden Phoenix is part of the Breeders' Cup Challenge, and the winner qualifies to the Breeders' Cup Sprint (G1).

Barbara Banke’s Stonestreet began to sponsor the Spring Meet’s Lexington (G3) in 2017. Banke, together with her husband, the late Jess Jackson, established Stonestreet, which now comprises three farms in Central Kentucky, in 2005. Stonestreet Training & Rehabilitation Center near Ocala, Florida, opened in 2012. Stonestreet is a leading consignor and buyer at the Keeneland sales and ranks among Thoroughbred racing’s top owners and breeders. 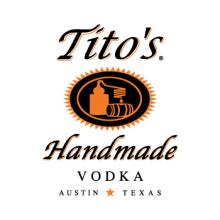 Toyota began sponsoring Keeneland's most famous Kentucky Derby (G1) prep race, the Blue Grass (G2), in 1996. This partnership involves Toyota Motor Manufacturing, Kentucky in Georgetown, five local dealerships (Frankfort Toyota, Green's Toyota of Lexington, Toyota of Somerset, Toyota on Nicholasville Superstore, Toyota South) and Toyota Motor Sales of Cincinnati. Toyota has proven to be an exceptional corporate partner who also makes significant contributions to Central Kentucky and the commonwealth through its involvement in such projects as the Toyota Bluegrass Miracle League, Central Kentucky Riding for Hope, YMCA and many other civic, health and human services and arts programs. In 2015, the purse of the Toyota Blue Grass was increased to $1 million.

TVG, an affiliate of FanDuel Group, is America’s horse racing network, available in more than 45 million homes, broadcasting races from the US and around the world every day. TVG and Keeneland have partnered for more than 20 years, with TVG providing extensive coverage and promotion of Keeneland’s race meets and major sales.  TVG is the largest sponsor of horse racing in North America and began sponsoring the TVG Limestone and Woodford Stakes Presented by TVG in 2020.

Established in 1957 as the academic medical center for the University of Kentucky, UK HealthCare is a network of nearly 10,000 determined doctors, nurses, researchers and staff driven by a mission to provide the best possible care, from simple to complex, for the Commonwealth and beyond. In 2019, U.S. News Best Hospitals analysis ranks UK HealthCare as the No. 1 hospital in Kentucky for the fourth year in a row.  UK HealthCare began sponsoring the First Lady (G1) in 2019.